Ask the various business communities in New Westminster how this year's Christmas retail season has been and they'll mostly tell you that things are getting better, if only a little bit. Santa's been spending a lot more time downtown this year, according to Kendra Johnston, newly appointed manager of the Downtown New Westminster Business Improvement Society.

"I'm hearing that it's been a good Christmas season and (businesses are) excited about the changes in the area," she said. "What I've been learning is that foot traffic seems to be increased in the downtown over this time last year, which is great. And people seem to be excited about the shopping locally movement."

Johnston said the positive change is likely because of a combination of Canadians feeling a little more confident in the economy and the big changes downtown has gone through in recent years. The biggest change, she said, has been more young families moving to New Westminster.

"There's an excitement in the air down here. We're excited for the coming year," she said. "It's nice to see people on the streets of downtown New West, shopping."

Similarly, the River Market is having a great Christmas retail season now that most of the storefronts in the market have tenants, including retailers Pedagogy Toys and Tiny Finery.

Julie Ramirez, community services manager for the market, said the market has been getting steadily busier since its reopening but sales are growing faster.

"They're seeing an increase in sales in the weeks leading up to Christmas and there's a definite increase in foot traffic, in particular, on the weekends," Ramirez said. "We've also, during the month of December, hosted the Royal City Farmers Market on the first Saturday of the month and also a holiday show that has been curated by Got Craft."

Meanwhile Uptown New Westminster seems to be having a slower retail season, according to local business owners.

Joanne Leblanc, owner of Sonse Home Design, said she is having a great inaugural Christmas shopping season, but her business neighbours aren't faring as well.

Leblanc said uptown retailers tend to be busy during regular business hours, but far fewer people are coming out to shop on evenings and weekends.

"During the weekends, it's quite slow uptown," she said, noting that the trend is almost counter intuitive.

Leblanc said it is time for uptown to have some revitalization and she hopes to begin organizing a new business association to advocate for uptown business interests in the new year.

Sapperton's business appears to be having a good Christmas retail season but the neighbourhood as a whole seems to be trending back to older, simpler traditions according to Marnie Kurylo of the Sapperton Business Association.

"It harkens back to our grandparents' generation. It is more about home and the family and the neighbourhood, less about spending wildly," she said, noting that a bad economy over the past several years has caused people to change their Christmas priorities.

"I wouldn't say we're much busier than last year. I think it's picking up. I think customers in general are still being careful with their purchases and their overall budgets, but it is picking up."

Kurylo said Sapperton residents are also onto the local shopping trend, maybe even more so than other neighbourhoods.

"A lot of people are starting to turn towards more local businesses. I think that's a big trend," she said. "New West is very much a small town within a larger metropolis. Sapperton is like a small town even within New West," she said. 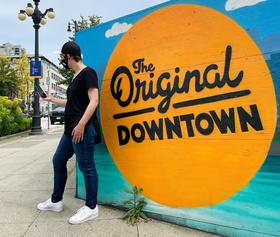 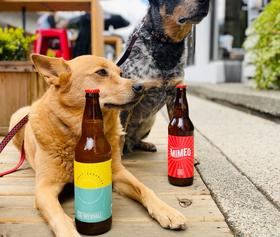 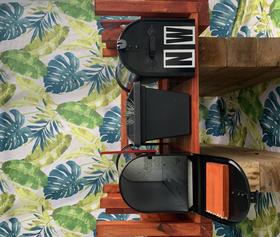