Music by the River

The Arts Council of New Westminster and the City of New Westminster are excited to be bringing back the MUSIC BY THE RIVER concert series at Westminster Pier Park for eight Tuesday & Thursday evenings in July 2019. This free all-ages event combines live musical performances with local craft beer and wine to create a relaxed licensed environment where you can enjoy the company of your family and neighbours while experiencing warm summer evenings in scenic Westminster Pier Park. Eats at the Pier concession stand will be serving drinks from New West’s own Steel and Oak Brewing Co. and Pacific Breeze winery. The event will also feature an exciting collaboration between Steel and Oak and New Westminster’s soon-to-be-opening brewery Another Beer Co. Pernell Reichert - July 2nd From Vancouver, BC, singer-songwriter Pernell Reichert has been entertaining for 15+ years in music festivals, pubs, clubs & coffee shops & a variety of music venues throughout Western Canada. Whether you're listening to his fast fingering-picking sound on guitar, accompanied by the melodic tones of the harmonica, or the soft self-penned ballads written on the journey of life, or his amazing covers of Tom Petty, Bob Dylan and others, you will be entertained. Antoinette Libelt - July 4th Antoinette is an indie pop diamond in the rough. In searching for her sound and cultivating her style she has found her happy place in the world of atmospheric textures and hooky melodies. In spring 2018 Antoinette enlisted some of her talented musician friends to join her onstage as “The Latest” and since then have had the opportunity to play the Railway Club, Roxy and Guilt & co and were selected as finalists for Best of Vancouver 2018. Antoinette will be teaming up with Producer Tom Dobzranski to record her upcoming EP at Monarch Studios. The first single, “Breathe” was released on March 1st 2019. Mohamed Assani - July 9th Mohamed Assani is an award-winning sitar player and composer known for being a proactive ambassador for his rich musical tradition. Throughout his extensive career, he has brought the sitar to new audiences through innovative collaborations that have stretched the boundaries of his instrument. He has performed Hindustani classical music as well as his own original music across the globe — with orchestras, string quartets, hip hop artists, DJs, world music ensembles, jazz artists, Indian & Pakistani classical artists — and as a soloist. Mohamed has been invited to present his music to royalty and heads of state, including the Governor General of Canada, Royal Family of Dubai and HRH Prince Karim Aga Khan. Damasco Soul System - July 11th Damasco Soul System are a collection of reggae musicians Based in Vancouver but hailing from From parts of Peru, England and Ghana. They have come together to bring their own special brand of Capoeria Cumbia Reggae music to the world. Some have said that the music scene is a little bland in terms of variety in Vancouver. But Here comes Damasco Soul System to “nice up the Party”. If you like Reggae music and you love to dance, make sure you catch Damasco Soul System Perform Live, and Please Don’t Forget Your Dancing Shoes. Eddie Lam - July 16th Eddie Lam is a Vancouver-born music scene veteran with one of the most diverse musical portfolios in town. A three-time Whammy Award winner for best piano player (and the first Chinese Canadian to win a Whammy Award), he is most known for being the front man for local all-Asian rock band Cry of Silence and one of the instrumentalists in Vancouver-based cover band The Naturals doing both traditional live performances and sometimes live band karaoke experience called "Rockaoke". The Whiskeydicks - July 18th The Whiskeydicks are a group of Celtic Gypsy party rockers who have been carving a reputation for themselves as “One Hell of a Good Time” since 2002. The Whiskeydicks use fiery celtic-gypsy fiddle licks, cello played like a bass, bombastic trumpet, vivacious drum beats, energetic guitar strumming, and voice to tell stories of good times past and to play songs people know but in a way they’d never imagine. The formula works and has earned the band acclaim from audiences everywhere. July 23rd - Shawn Bullshields & Sydney Beau Shawn Bullshields is a singer, guitarist and harmonica player with natural charisma and professional delivery. A member of the Blackfoot Nation, he grew up on the Blood Reserve, Standoff, Alberta, and moved to Vancouver in the early ‘90s. His repertoire of songs include the genres of pop, country and folk: the point where they intersect is through his masterful singing voice. Shawn commands instant attention because his voice conveys the truth, beauty and deep meaning within each song, expressed with the full weight of his personal life experience. Shawn sings from the heart and each song is truly a gift. Singer-Songwriter Sydney Beau grew up in the city of Abbotsford British Columbia, whose motto, “the city in the country”, perfectly describes her style. Her songs carry the excitement of the city while still containing that small town, heart filled emotion. In 2018 Sydney released her first EP, played at the Winnipeg Folk Festival, and won the Female Artist category at the FVMAs. Shadowfax - July 25th In a genre which heeds its roots, Shadowfax blends tradition with contemporary. The up and coming Canadian folk band’s material pays homage to a land of early settlers and the romanticism of our natural world. Rich soundscapes, abounding tenor vocals, driving acoustics, radiant electric guitar and diverse drumming create profound tales from a time before. Visit the event's website above for more info! 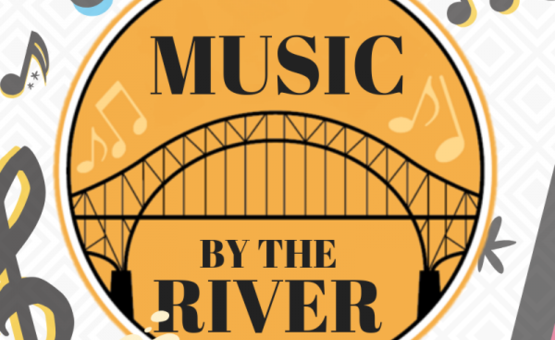